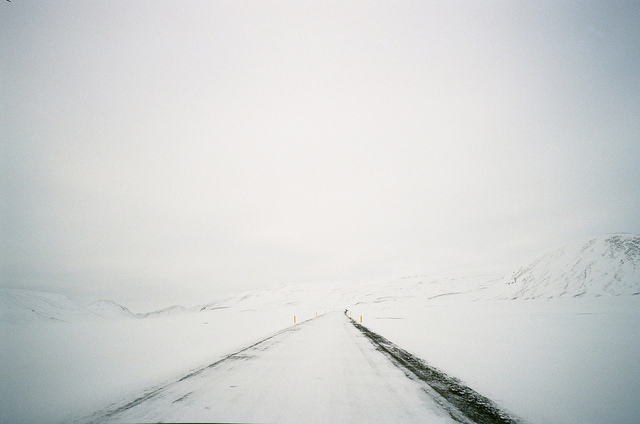 The sky is bright blue for a change, our bellies are full from a continental buffet-style breakfast and the air feels crisp. We’re ready to hike, in every way possible. A volcano crater had loomed on the horizon the last of yesterday’s drive, and that’s where we were headed this morning.
The ground had been slippery when we’d walked out of our room that morning, and we’d been afraid it’d be difficult to drive, but the car had proven worthy and we were speeding along the road as if it was high summer and the roads were dry. The crater looked impressive on the horizon, with its perfectly flat surface. Surrounding it were trails of smoke rising to the sky coming from the local hot springs. All I could think of was the coming hike and the views from the top. Stories about volcanos had littered my life until then, but I’d never been close to one myself and all I could think of was walking along that ridge. Pitch black dirt underneath my feet, never ending views all around. Not for the slightest moment did I think about the anxiety attacks I’d been having lately, why would’ve I? 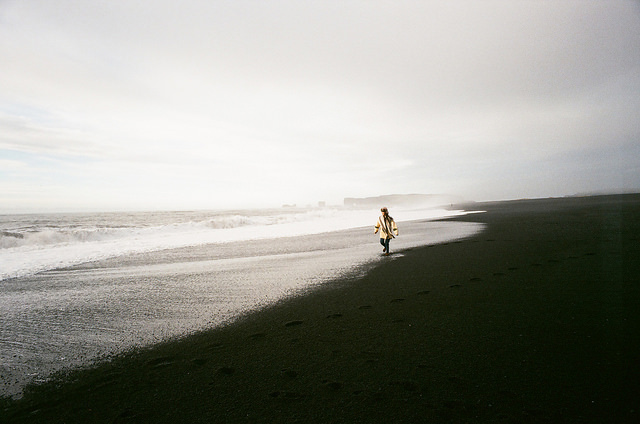 We went as close as the snow would let us and parked our car on the side of the road. We grabbed our bags and set off. Every now and then the path was obscured by scrub, but just before we got to the foot of the crater it went up a little to then clear up entirely to a valley of snow and ice. All around the crater was bare ground covered in snow. It made the crater seem like a small deserted island in the middle of the ocean. Like it was a little out of place. We kept on walking and passed a sign that didn’t tell us anything, but tracks of footsteps showed people had been here before us, and we decided to follow them up. We were alone, alone with the wind and the occasional birds and the snow glittered in the morning sun as if it did so just for us. The snow was firm, the wind gentle and it wasn’t very steep. At least until halfway up, when suddenly the angle sharpened and the snow became harder. We had to kick the noses of our shoes into the snow at this point, or we’d slip down as if we were walking on ice. I looked over my shoulder to see if she was ok, and when I did it suddenly struck me that we really were all alone. We were all alone and the ground was far away and the climb was getting steeper and the snow slippery and we were so high! I felt my throat tighten and my heartbeat rise. My eyes were glued to the sign we’d passed before, it was so small now compared to that big ocean of white. 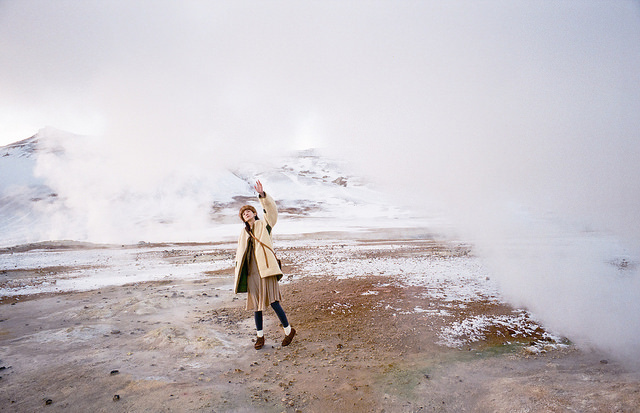 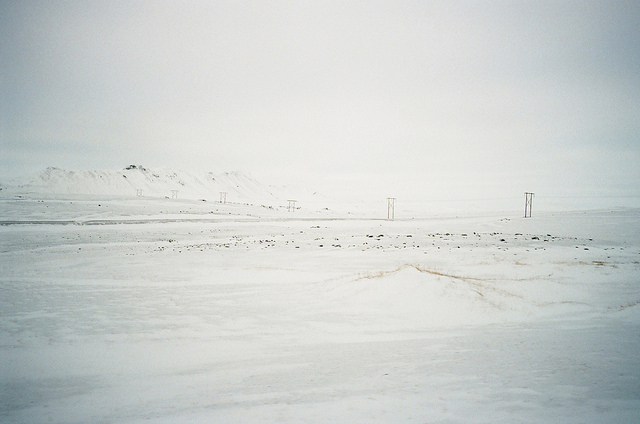 Somehow I managed to pull my gaze off that sign and turn around. I headed on with a stern determination, all I could do to not end up stuck on this hill like a cat in a tree. Too scared to come down, incapable of going further up. How I’d get down was a problem I’d solve later. I managed, but barely, and the steeper it got the more my hands and legs started shaking with fear. I felt panic rising in my mind and struggled to keep my mind clear. I got down on my hands and knees and started crawling, telling myself with every step that I was ok. That even if I’d slip and fall it’d be just like those brightly coloured slides in the waterparks of the south of France. I’d loved those. And it worked, well enough to keep me going until I crawled underneath a loosely strung rope around the edge of the crater. I let myself fall on my side and let out a big gasp of breath, I’d made it. The ground underneath me was level again.

I think at that point I decided that however much I might’ve liked the idea of climbing mountains, I’d never be a mountaineer, but after a few minutes I sat back up again, and as I let my eyes slide over everything around me I started contesting that idea already. I felt powerful looking at the long trail of footsteps we’d left behind us, and while the sun warmed our backs, the wind blew up fresh snow from the ground like in a fairy tale. My shaking legs told me we’d really just walked up here and then, to top it all of, there was the crater behind us. White like everything else, but littered with patches of black where the sides were too steep for the snow to get a hold of anything. Maybe I would be a mountaineer someday.